Headlines and Happenings - Rachel for Cambridge

There’s a lot happening in and around the Cambridge Public Schools right now!  Today, I am focusing on two headline developments, namely the program review of our Rindge School of Technical Arts (RSTA) and the (re)naming of the Vassal Lane Upper School.  (The photos here will give you a taste of other recent happenings.)

I am passionate about making RSTA the strongest career technical education Cambridge can provide.  That's for reasons I’ve written about in earlier messages, including offering students multiple pathways to successful careers, and thereby making our schools more equitable.  Early in my first term, having heard that RSTA was not delivering at its full potential, I worked with Members Fantini and Wilson to pass a motion calling on the administration to review the program.  We received some preliminary data, but then the district was overwhelmed responding to COVID, and the review was put on hold.  To make a long story short, through both official and informal actions, I’ve been pushing for routine, structured opportunities for the School Committee to both understand the RSTA program better and discuss options for improvement. 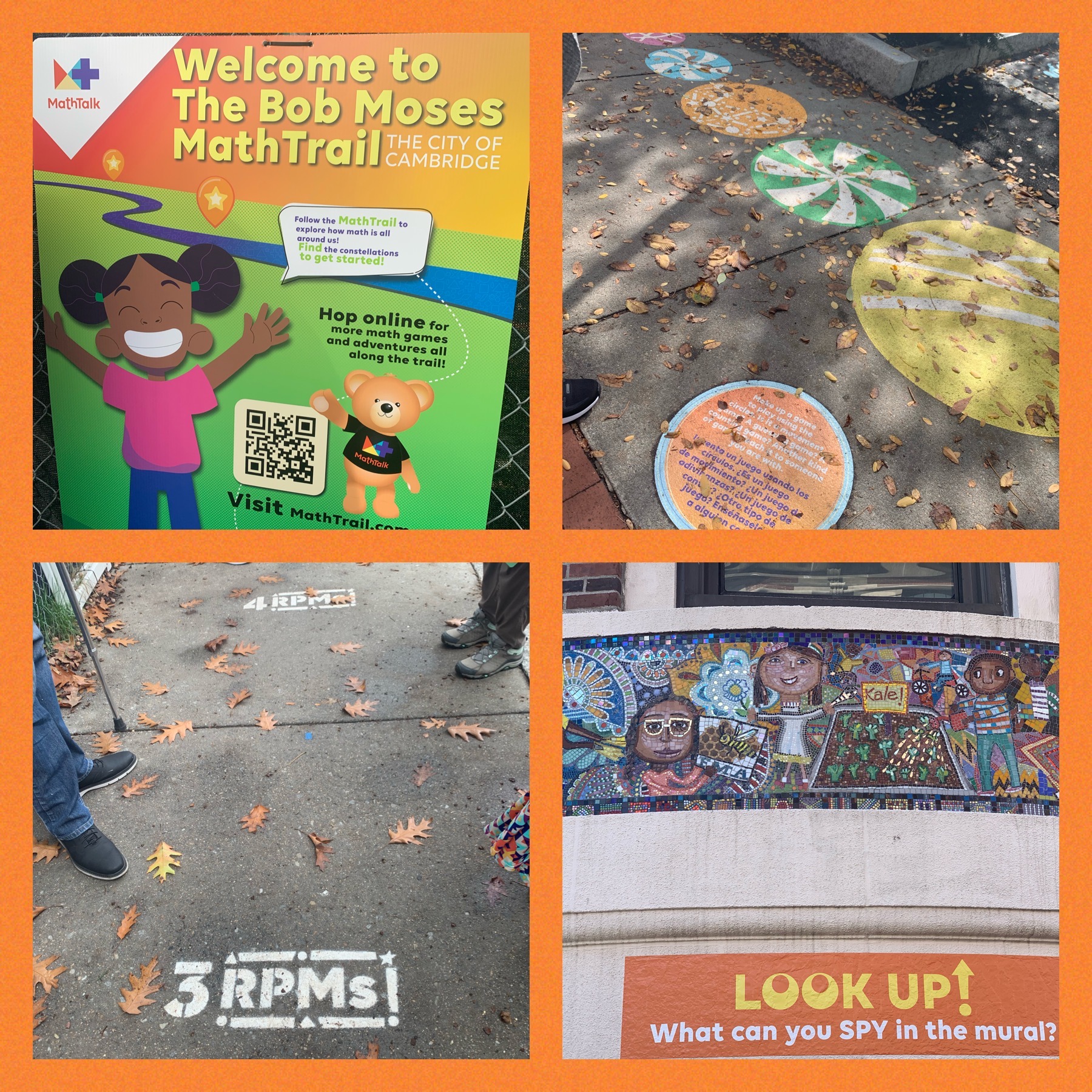 (A few photos of the new Bob Moses MathTrail through the Port.  Bring your young children!)

Last week, we had our first of what will be a series of special meetings on the subject of RSTA.  We had known the program needed updating.  We had not known how badly it had been failing our students.  What the Superintendent’s RSTA review (which will be posted on the CPS website this week) documented was a range of systemic problems, such as the absence of required advisory committees and the inability to track students enrolling in a given course as part of a three-year path towards an industry recognized credential versus those taking an isolated elective.

I felt compelled to express my frustration at last Tuesday’s meeting, but I now believe that in the coming months we’ll be making the changes our students deserve.  What allows me this optimism is that (1) the administration issued a brutally honest report, (2) the new leaders of RSTA and the district are prioritizing addressing the challenges the report brought to light, and (3) despite systemic failures, we have amazing educators coaching our students in RSTA.  The Committee expects a full list of recommendations, as well as timelines for implementation, in the coming weeks.  Stay tuned! 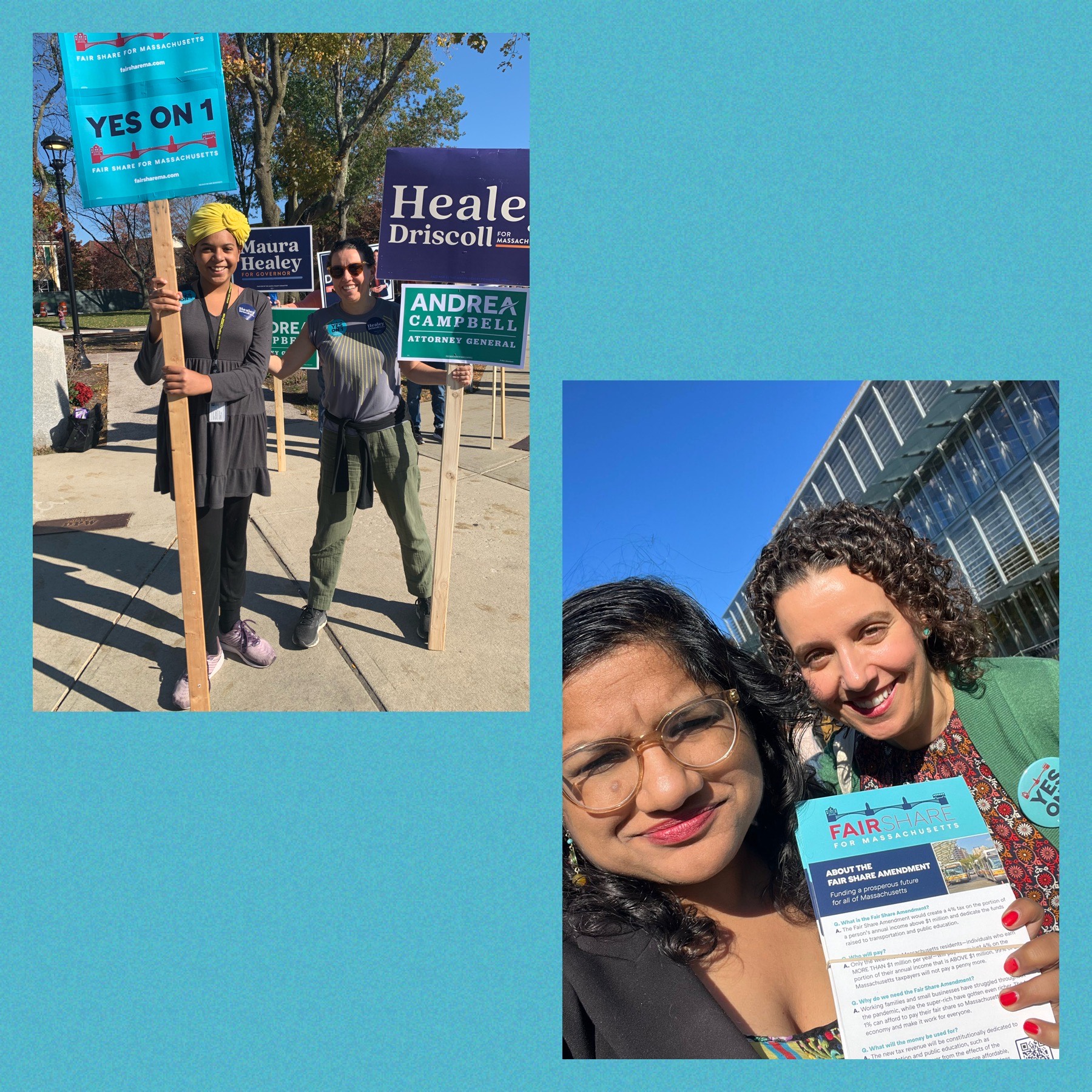 (Mayor Siddiqui, my daughter and I have been campaigning for Yes on 1 as well as the Democratic slate.  What's your voting plan? Early voting is underway!)

Speaking of what our students deserve, our young people should not have to attend a school named after a person who enslaved other people.  Last week, I introduced a motion, co-sponsored by Mayor Siddiqui and Member Wilson, to begin a process to rename the Vassal Lane Upper School.  (In 2011, when CPS adopted the Innovation Agenda that established four upper schools, the new buildings were named after the streets on which they were located: Rindge Ave Upper Campus, Cambridge Street Upper School, Putnam Ave Upper School, and Vassal Lane Upper School.)  As Deputy Superintendent Turk reflected at the meeting, the very first class of sixth graders to attend VLUS researched the school’s namesake and proposed changing away from honoring John Vassal, who enslaved people both here in Cambridge and in Jamaica.  In the years since, multiple community groups have researched local involvement in slavery and have made recommendations for addressing our history – among others, the City’s Committee on Art, Monuments, and Markers and Harvard University’s Legacy of Slavery report.

Some of you have asked if we could rename VLUS after Darby Vassal, who, after being enslaved by the Vassal family, became a civil rights activist and advocate for universal education.  Our motion, which passed the Committee unanimously, called for the school to honor one or more local Black leaders.  I look forward to seeing what names students, educators, and the community put forward.  The Committee will adopt a new name by the end of the school year. 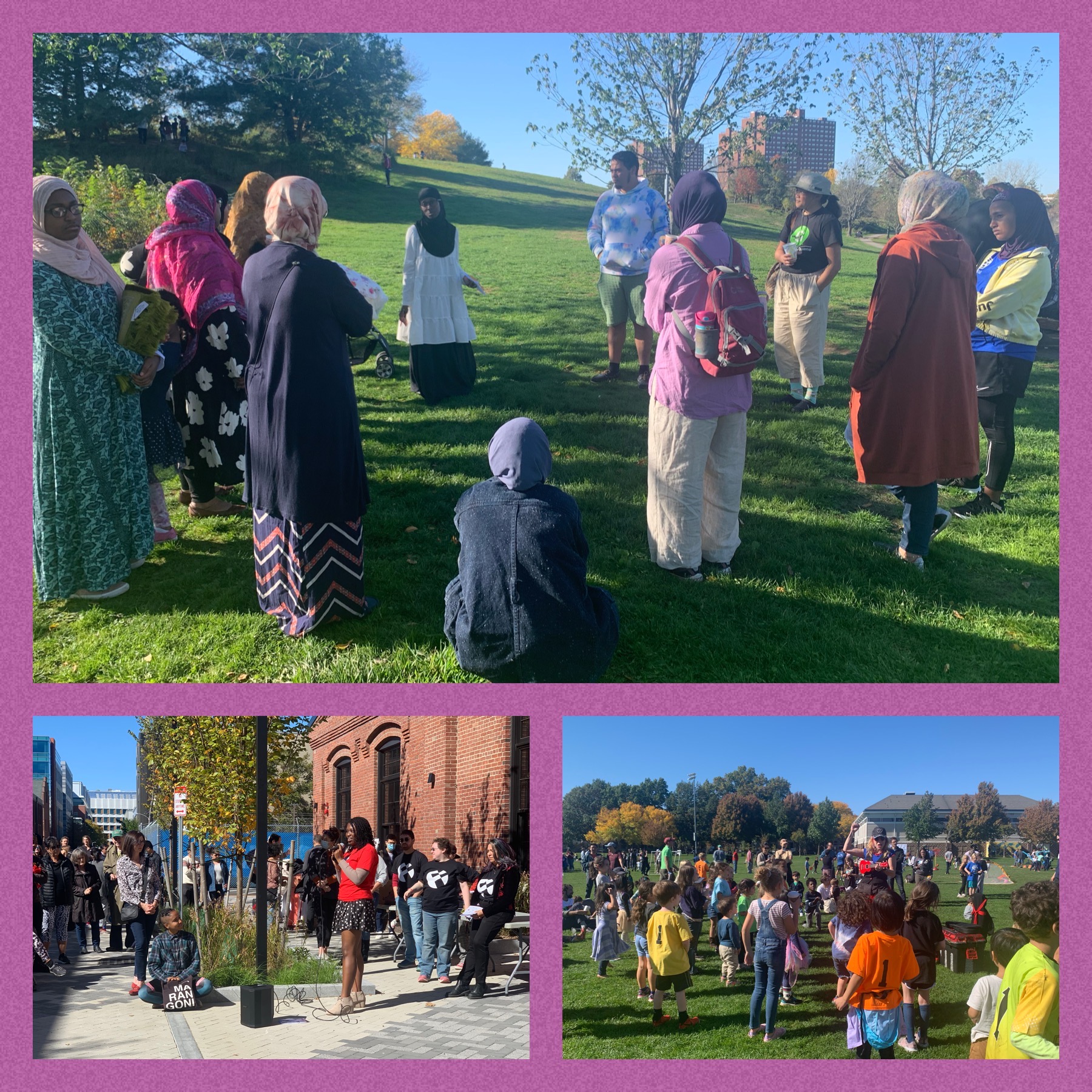 (Clockwise from top: the inaugural gathering of the Muslim community of CPS, children engaged with Jenny the Juggler at the MIT Volpe Block Party, and the grand opening of the Foundry)

On a related note, as we necessarily complicate our previous understandings of local history, you may be interested in checking out the Here Lies Darby Vassall exhibit, which is looping outside Christ Church (Zero Garden St) 6-8p through November 6th.

As always, I welcome your thoughts and questions.

You can join us using

Created with NationBuilder – Theme by Tectonica